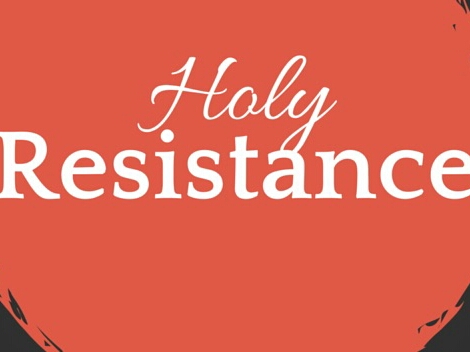 When I was studying theological ethics at Catholic Theological Union in Chicago, one of my main research areas was the ethics and spirituality of Christian nonviolent resistance.

Resistance of course now is a trending hashtag on Twitter. I was invited to share some of my thoughts and research about the urgent need for an ethic of resistance grounded in relationship in a guest blog post for NETWORK Lobby (the folks behind Nuns on the Bus).

Whatever comes next, it is crucial that we develop an ethic of resistance that is grounded in human dignity and right relationship. Otherwise, we face the danger of recreating and repeating negative cycles of violent and dehumanizing language and actions. …

In fact, we would all do well to read up on the history of resistance to social sin. Resistance is not futile, but neither is it easy. The Christian tradition of resistance begins with Jesus, and think of where his path of resistance led.  Jesus resisted dehumanizing social norms, created a wide web of relationship, and engaged in liberating action for the oppressed.  In the centuries since, Christians have followed in his footsteps and resisted social sin and injustice.

Read the rest over on the NETWORK blog.