Last summer I had four flight cancellations due to weather, which may explain why I wasn’t too upset when my flight from the west to east coast today was delayed three and a half hours. It was still going and it was a direct flight for me, no connections. No worries.

Of course those with connections were no doubt put out as their carefully constructed plans fell apart. I get that.

But I was fresh off a mini break weekend at the Oregon Coast with a friend I have somehow already known for 28+ years. I was renewed, mostly grumpy free, and a bit zen. I had just watched the choppy waves of the storm one day become beautiful shining waters the next day.

The plane ride itself was uneventful, until, that is, we started our descent just as the sun was setting above the skies and the storms brewing below. Breathtaking. 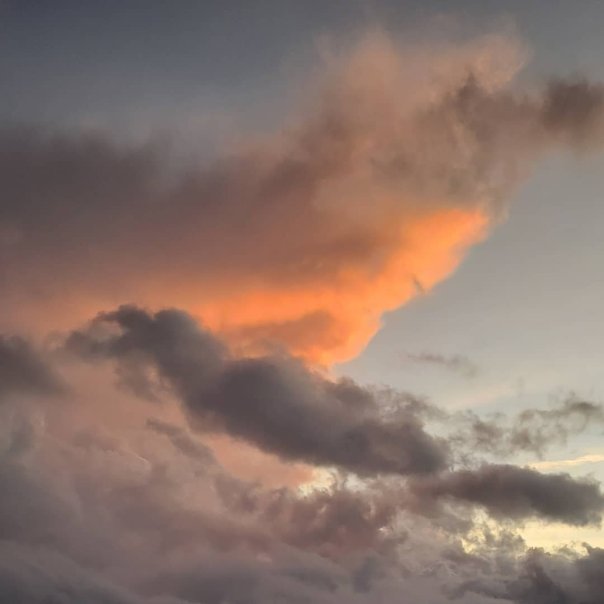 We landed into mid storm, with lightening strikes and tornado warnings. Ground crew were grounded, so it took awhile to get to the gate. But we were safe.

My positive attitude lasted the next hour while we waited for our bags. Remember those storms? Baggage crews were also grounded, not able to go outside and take our bags off the plane.

Bags started finally to come out of the gate and make their run around the circle. Bags from Aruba and Chicago, but none from Portland. Then the bags stopped their ride around the belt, and no new bags appeared. For quite a while. Admittedly, my positive attitude had lost some of its shine by now. But there was bonding with the other passengers. Two of us embarked on fact finding missions. And one or two walkie talkie messages later and magic … bags!

Storms come, and sometimes a grumpy or angry response is warranted and appropriate. But other times going the grumpy annoyed route just makes you grumpier. How we approach the storms of our lives makes a difference it seems.

And of course it always helps to be coming off of a three day weekend of friendship, fun and fabulous walks on the beach.

I am back from retreat, slowly re-entering my day to day life, such as it is, where really every day is full of its own adventures, flavors and textures.

Speaking of textures, one invitation I experienced this week was to pay attention to the textures. Textures in the pictures I was taking of the beautiful landscape around the Trappist Abbey of Our Lady of Guadalupe in Oregon. 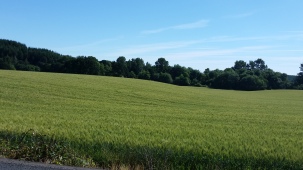 Some hard. Some soft.
Prickly or smooth.
Moisture on rock–sitting patiently
impervious, or maybe
not.
Some will sink into the deep.
It is in the textures of life
where we touch, feel, and know
We are together,
incarnating in our world
the love that has been given
Gift for all.