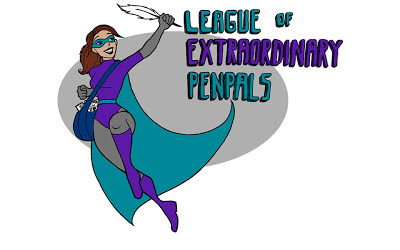 So for the past two weeks I have been in (a one-sided yet public) 140 character conversation with President Donald J. Trump.

I committed on the first Monday of his presidency to pray for him (and our country/world) every morning and to send him a tweet each day. I also pray with the newspaper in the morning, and so my messages are often focused on a recent policy announcement. And as you may guess, I have been troubled by many if not all of them these first two weeks.

By taking to prayer my righteous anger and disbelief at policies which do not seem to reflect equality, justice, the common good or other American values, I realize something happens within me.

But I do soften my heart. I relate as a human being to the human being presently holding the highest elected office in this country. I engage rather than disengage. I focus on the heart of the matter. Sometimes I even offer advice. And I always offer my prayers.

This daily practice is not easy, but for me I believe it is important. If I am to talk the talk of nonviolent resistance grounded in the primacy of love as taught and modeled by Jesus, then I need to live that out in my own life, words and actions.  My #dailytweet @potus is one simple yet challenging spiritual practice.

Because it is public, I am accountable.I have also heard from various quarters that others have found my daily tweets helpful to them as they reorient themselves in this time. One friend told me how she appreciated that my messages were not soft on policy or on where I disagree with the President, but grounded in the Gospel and respectful.

That is my goal, to be grounded in the Gospel. And to model respectful dialogue, even if the odds of him reading or responding are slim.

Those are my reflections two weeks in. We will see where this journey leads!

I’ve found myself thinking more than once of late what the founder of my religious community, Margaret Anna Cusack (known in religion as Mother Francis Clare) would have been able to do in the Internet age.

She was a prolific writer in her time and used the power of the written word astutely to spread the Gospel, challenge unjust structures, and advocate for people who were poor.  She wrote letters, letters to the editor, and many, many books. By 1870, more than 200,000 copies of her works (most published under the names M.F. Cusack or Mary Francis Cusack) had circulated throughout the world. Profits from the sale of her books were used for the Sisters’ work with the poor.

In one of her autobiographies, she tells the story of her audience with Pope Leo XIII, when she was seeking approval for our new congregation, the Sisters of St. Joseph of Peace.

“My audience was entirely private … Mgr. Macchi brought in the whole set of my books to his holiness, who looked at them, I think somewhat surprised at the number. Some of them were duplicated, having been translated into German, French, and Italian. …  His holiness specially commended the plan of my new order, and encouraged me in every way to continue writing. He gave his blessing to all the sisters present and to come, and to all those who would contribute to my work.”

Our original 1884 Constitutions, written by Mother Francis Clare, described our mission as being “to promote the peace of the Church both by word and work. The very name Sisters of Peace will, it is hoped, inspire the desire of peace and a love for it.” Word and work. I love that!

I can’t help but think that if she lived in today’s era of social networking, Mother Francis Clare would be tweeting for peace, spreading the good news of the Gospel and be on the forefront of the new evangelization. When our new community Twitter account (@SistersofPeace) went live earlier this year , I imagined her smiling in heaven at this new endeavor by her daughters in the 21st Century.

Because most of her books are in the public domain with the passage of time, she actually has quite an internet presence herself. You can read many of her works for free online, from histories of Ireland to lives of the saints to social reform. One of my personal favorite’s is her 1874 work, Women’s Work in Modern Society. Another one which is quite appropriate for this liturgical season is her 1866 book, Meditations for Advent and Easter. I use that one quite a bit for prayer this time of year!

As someone who has been growing into her own identity as both a Catholic Sister and a writer, I find great inspiration in Mother Francis Clare. This month marks ten years that I’ve been blogging my journey into religious life and experience as a Sister of St. Joseph of Peace, first at Musings of a Discerning Woman and now here.  It’s also why I jumped at the opportunity to be a regular columnist on the Global Sisters Report. I am very grateful for the gift of writing, and I feel called to share that gift in the hopes that my words can touch hearts and minds in service of the Gospel.

I firmly believe that the Holy Spirit can work through any medium, even the Internet! Actually, I first discovered my religious community online when I was discerning religious life. That’s also why I’ve decided to join a group of younger Catholic Sisters in live tweeting during episodes of Lifetime’s new “reality” show The Sisterhood: Becoming Nuns. It’s actually been a fun experience, offering some of my own experience and “#realnun facts” as I watch the show. (You can join the conversation at #TheSisterhood.)

A younger Catholic Sister friend alerted me today that the folks over at the Huffington Post have noticed our live tweeting of the show.

“Social media savvy sisters have been doggedly following — and even live-tweeting — the show. They’ve been paying close attention to any potential misrepresentations, while remaining excited that the topic of religious vocation is getting national attention.”

I appreciated that description, because I think it aptly describes the spirit we’ve tried to embody as we’ve been live tweeting the show. Again, the Holy Spirit can work with anything! Even reality TV and Twitter!

It’s a far cry from Mother Francis Clare’s in person discussion of her writings with Pope Leo XIII, often considered the founder of Catholic Social Teaching. But nonetheless, I feel it is important to be part of the discussion where people are.

And, ok, I’ll admit it …. it’s kind of cool that the Huffington Post article includes a screen shot of one of my live tweets from last week’s show!

By the way, be sure to check twitter when #callthemidwife returns to PBS …. a group of us have been live tweeting that as well!